In 2013, Hasbro takes collectible Star Wars action figures to the next level with the introduction of The Black Series action figure line! For the first time ever, Hasbro is introducing a 6-inch scale of the greatest characters from the Star Wars universe, and fans will have their first opportunity to start their Black Series 6-inch figure collection at San Diego Comic-Con with the Boba Fett action figure which comes with Han Solo in Carbonite. The SDCC exclusive is priced at $44.99 and will be sold at the Hasbro booth at the San Diego Convention Center July 18-21. Following the convention, a limited number will be available on HasbroToyShop.com. 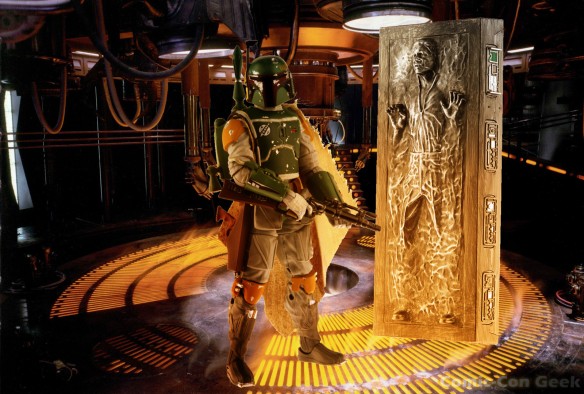