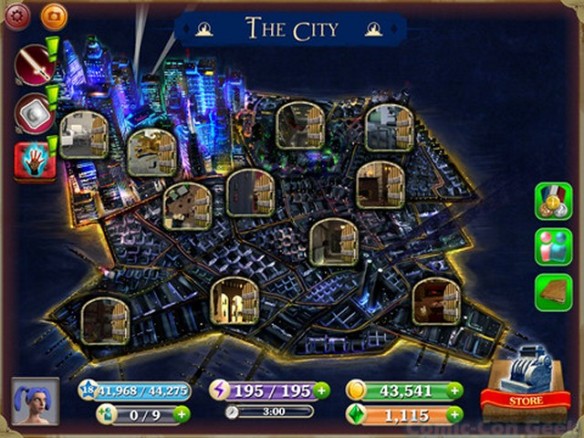 Lost Girl: The Game will launch together with the Season 3 finale of the series, which concludes on Syfy Monday, April 22 at 10PM (ET/PT). 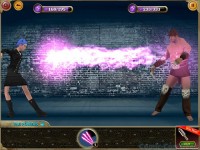 Featuring an original storyline, written by the series’ writers, The Game invites fans to create a customized Fae character that they can use to venture through exciting new mysteries set in the virtual world of Lost Girl. Users can get a taste of the world of the Fae by creating their own avatars, embarking on missions and uncovering hidden objects, in order to score points and unlock levels.

“Fans of Syfy’s Lost Girl will have a new platform to explore the Lost Girl world,” said Jeff Li, Vice President, Syfy Ventures. “Our Lost Girl fans are clamoring for new ways to engage with the hit series.  We are thrilled to work with our media partners at Shaw Media and Prodigy Pictures to bring Lost Girl to new platforms.”

Lost Girl: The Game was developed by Complex Games.

Lost Girl will return for a fourth season on Syfy in 2014 with 13 all-new episodes. During its third season, Lost Girl is the #2 original cable drama in Adults 18-49 in its time period, averaging 1.3 million total viewers based on most current data.

Lost Girl was developed by Prodigy Pictures, in association with Shaw Media and Showcase. Executive producers are Jay Firestone and Emily Andras. Vanessa Piazza is producer. Produced by Wendy Grean. Lost Girl is produced with the participation of the Canadian Media Fund created by the Government of Canada and the Canadian cable industry, and with the assistance of the Canadian Film or Video Production Tax Credit and the Ontario Film and Television Tax Credit Program.

Syfy is a media destination for imagination-based entertainment. With year round acclaimed original series, events, blockbuster movies, classic science fiction and fantasy programming, a dynamic Web site (www.Syfy.com), and a portfolio of adjacent business (Syfy Ventures), Syfy is a passport to limitless possibilities. Originally launched in 1992 as SCI FI Channel, and currently in more than 98 million homes, Syfy is a network of NBCUniversal, one of the world’s leading media and entertainment companies.  NBCUniversal is owned by Comcast Corporation.(Syfy. Imagine greater.)

Be the first to meet the the cast of Syfy’s highly-anticipated new drama series, Lost Girl on Friday, July 22 at 7:30pm room 24 ABC at Comic-Con. The series has electrified viewers around the world with smashing debuts.  Recently aquired by Syfy, Lost Girl is anticipated to be the next supernatural craze in the US.

A limited edition of the Lost Girl comic book, a prequel to the series, will be given out at this year’s Comic-Con panel.

Both Anna and Emmanuelle will be leading the panel at Comic-Con along with Executive Producer, Jay Firestone (Prodigy Pictures) and Creator, Michelle Lovretta.

About Lost Girl
Raised by human parents, Bo had no reason to believe she was anything other than the girl next door — until she “drained” her first boyfriend to death.

Bo has since hit the road alone and afraid. She discovers she is one of the Fae, creatures of legend and folklore, who pass as humans while feeding off them in secret, as they have for millennia. She is faced with choosing an allegiance between the Dark or Light Fae clans. Bo decides to take the middle path between humans and the Fae while embarking on a personal mission to unlock the secrets of her origin, protecting humans along the way.

Lost Girl co-stars Kris Holden-Ried as Dyson, a shape-shifting Fae, homicide detective and Bo’s love interest; Ksenia Solo as Kenzi, Bo’s human confidante and street-smart survivor, Zoie Palmer as Lauren, a human doctor who competes for Bo’s heart; Rick Howland as Trick, the mysterious owner and bartender at The Dal Riata tavern, with a secretive past that is yet to be unlocked, and K.C. Collins as Hale, a handsome male “Siren” who is the eternal bachelor, ultimate wingman and Dyson’s partner on the force.