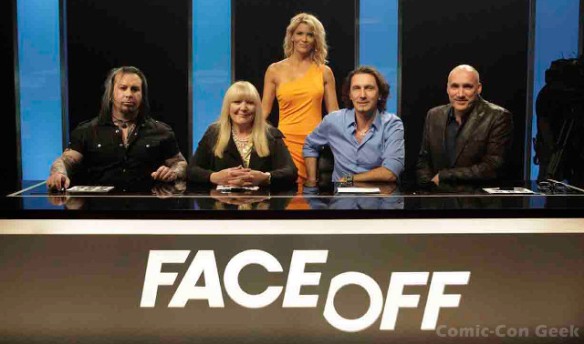 A new season of infinite imagination and fantastic make-up magic ignites with the third season of Syfy‘s most popular unscripted series, Face Off, premiering on a new night and time, Tuesday, August 21 at 9 p.m. ET/PT. The season will introduce a talented group of special effects make-up artists who will meet face to face in Los Angeles to compete in a series of elaborate challenges that will ultimately determine just who has the skillful hand to win Face Off.

Face Off is an authentic depiction of the high creative standards necessary for a special effects make-up artist to succeed in their craft. The series debuted in January 2011 as a new reality competition program to critical and ratings success. The second season finale of Face Off became the most watched unscripted telecast in Syfy’s nearly 20-year history, transforming 3.58 million total viewers, based on Live +7 data. This also established a Syfy original series record – for scripted and unscripted programs – for most Adults 18-34 viewers with 1.01 million.

Returning to the lab for the new season is actress and host McKenzie Westmore, along with judges Ve Neill (The Hunger Games, Pirates of the Caribbean) and Glenn Hetrick (Mad Men, Heroes). Patrick Tatopolous will sit on the judges’ panel for the premiere episode, before he starts production design on his latest project, 300: Battle of Artemisia.

The challenges featured will be some of the most difficult, creative and inventive yet: the contestants will create eye-popping new creatures inspired by the whimsical world of Dr. Seuss, an original alien character inspired by the classic cantina scene from Star Wars: A New Hope, as well as creations for a challenge inspired by the NBC series Grimm. The challenges will be set against the backdrop of Southern California, from the high seas off the coast of San Diego to the WhoVille set at the Universal Studios Hollywood backlot.

The Face Off contestants will be whittled down week by week as they compete to outshine their competition. The winning artist will receive $100,000 and will also be given the opportunity to become a guest lecturer at the MAKE UP FOR EVER Academies in New York and Paris.

To meet the cast of season three, see photo galleries and video, visit www.syfy.com/faceoff. Photography and bios are also available at www.nbcumv.com. Following are the season three Face Off contestants: 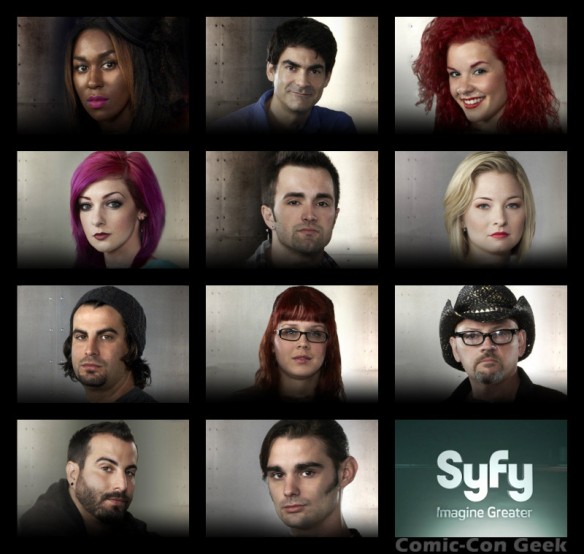 Face Off is a production of Mission Control Media with Dwight D. Smith, Michael Agbabian and Derek Atherton serving as executive producers.

Syfy is a media destination for imagination-based entertainment. With year round acclaimed original series, events, blockbuster movies, classic science fiction and fantasy programming, a dynamic Web site (www.Syfy.com), and a portfolio of adjacent business (Syfy Ventures), Syfy is a passport to limitless possibilities. Originally launched in 1992 as SCI FI Channel, and currently in more than 98 million homes, Syfy is a network of NBCUniversal, one of the world’s leading media and entertainment companies. (Syfy. Imagine greater.)